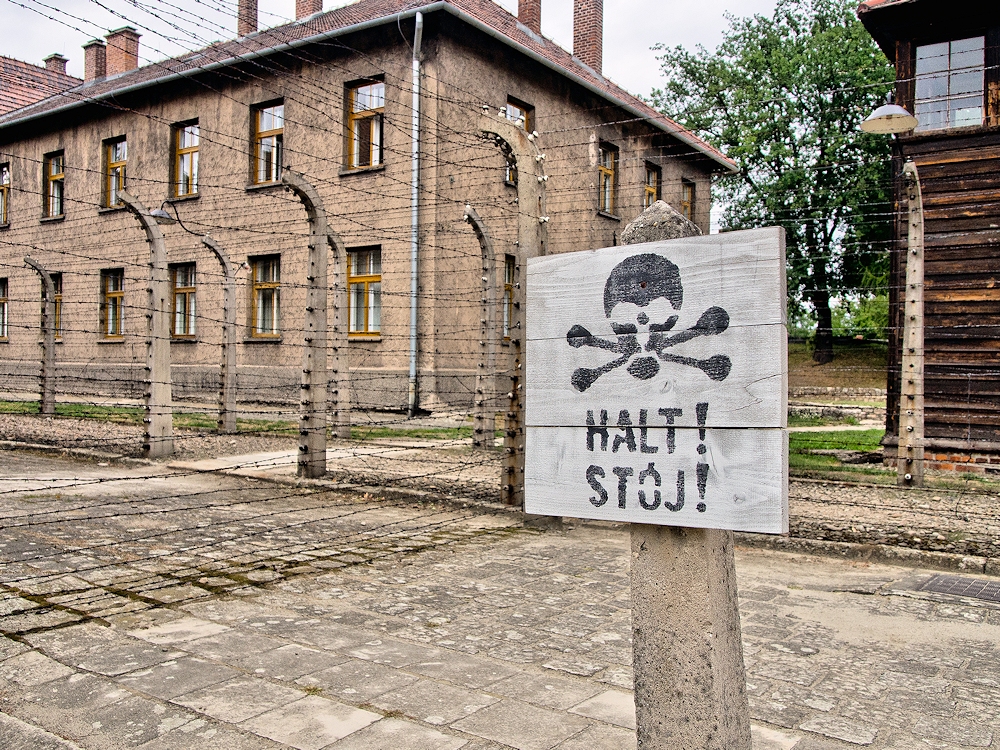 I’m somewhat ashamed at how little I knew about the Holocaust, how little was taught in my high school history class. I remember once at age 16 I briefly switched schools from a Canadian school to an American school, a classmate once asked “What are you stupid?” because I didn’t know anything about the Holocaust. I was embarrassed at the time. I’m now saddened by my lack of information on the topic. 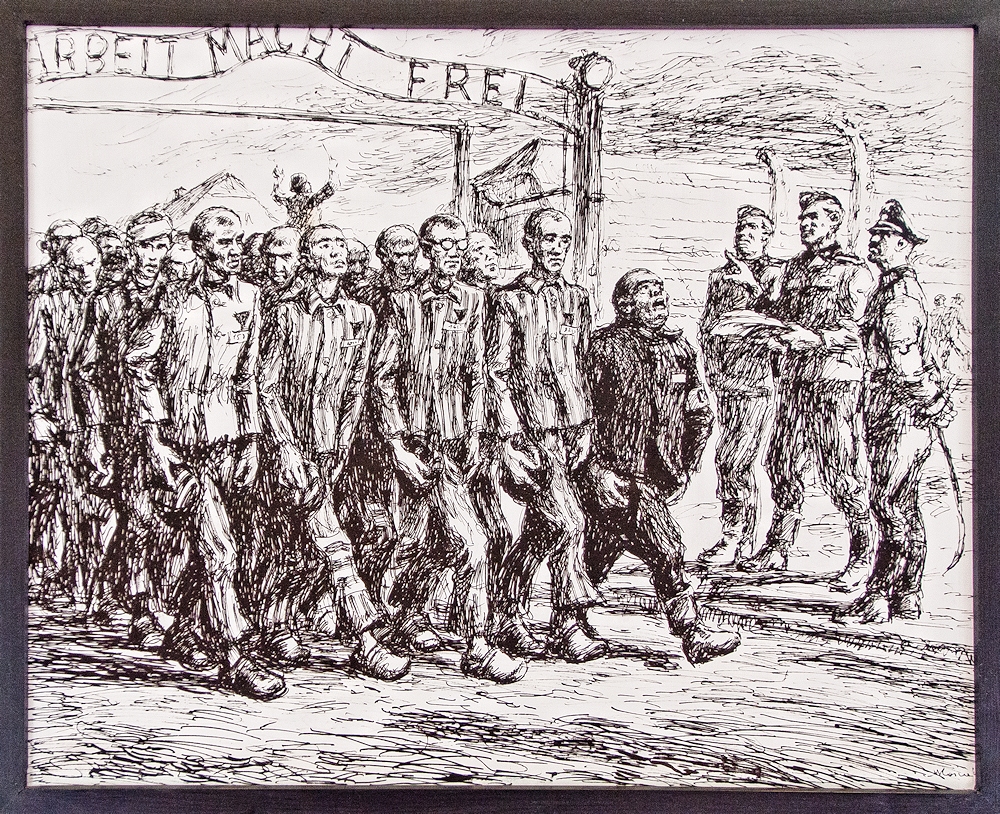 “Arbeit macht frei” means freedom through labor. Or Work will set you free. 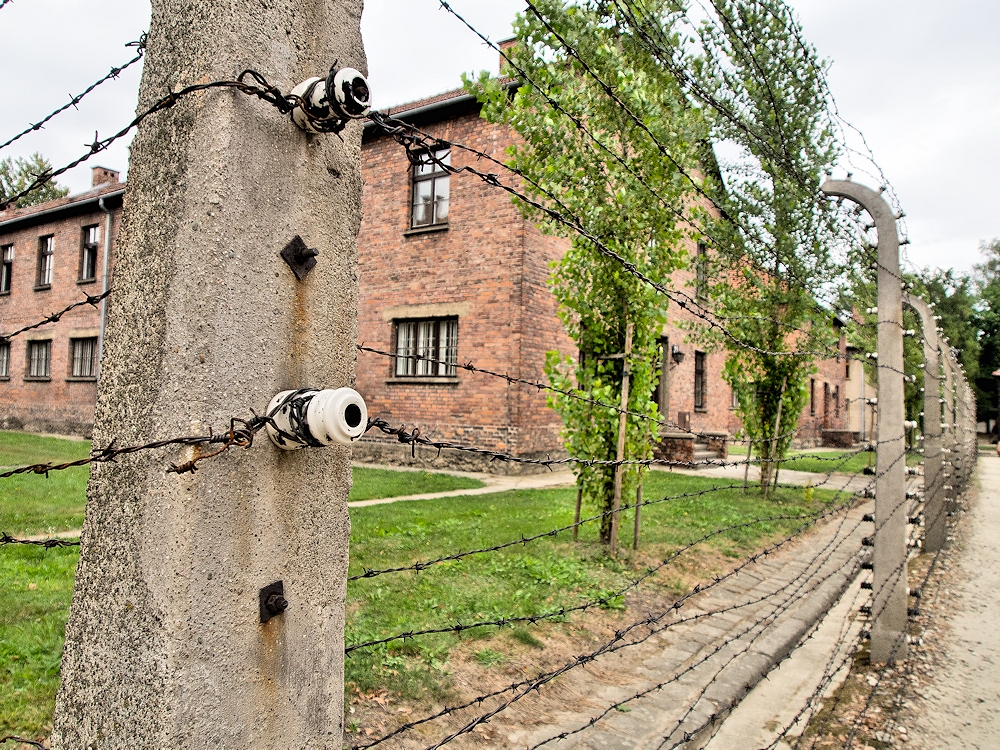 Forced to work, not allowed to leave.

In Brief, the Camps contained mostly Jews from all over Europe. Jews came willingly to the camp after being told they would have a new life and they would be able to work. They were packed into train cars with no seating, no ventilation, no light and no food or water. These trains sometimes took over a week to arrive at the camps, when the doors opened it was the first time they had been opened on the entire trip. Due to the poor conditions on the train, some passengers died during the trip. Those who survived were unloaded, divided into two lines based on one person’s first impression of who should remain alive. His decision was based on age, health, pregnant or not and overall appearance. People were told that they were in line ups so they could take a shower and be disinfected. Sadly, it was not the case. 80% of all of the people who arrived on the train were sent immediately to the gas chambers. They had no idea what their fate was. They were taken to a room to undress, hundreds at a time, then moved into another room that looked like a shower room. Once everyone was inside, they dropped gas from the ceiling and within 20 minutes everyone inside had died. Gold teeth were then removed and everyone’s head was shaved (the hair and gold were sold), and then the bodies were burned, the ashes scattered.

The 20% that were allowed to remain alive were now prisoners forced to work in unimaginable conditions. Many died of starvation, over working or torture. Children were used in medical experiments and then killed. It is confirmed that 1.1 million people died in Auschwitz but most records were burned so there is speculation that the number may be as high as 4.1 million. 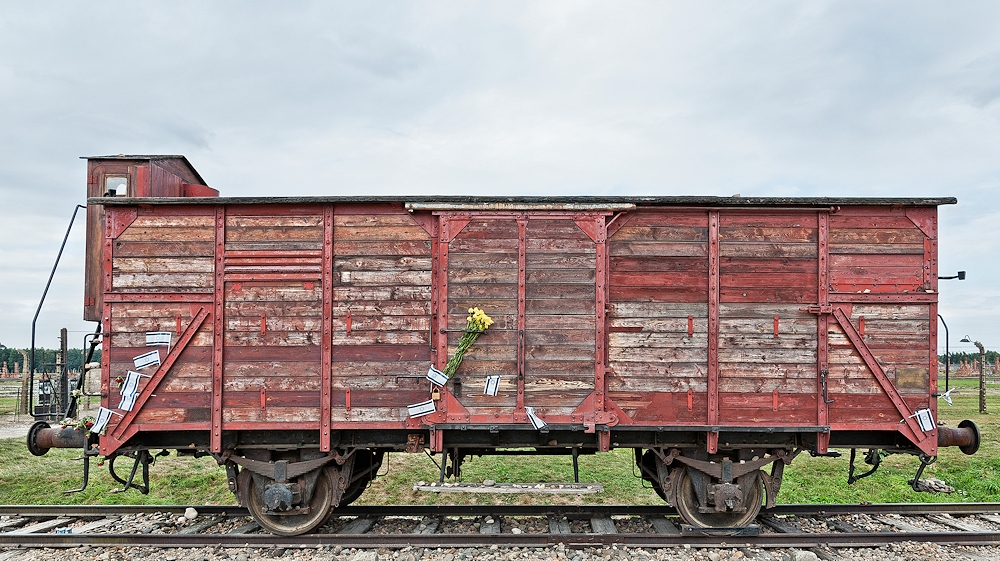 A train car that people arrived in. 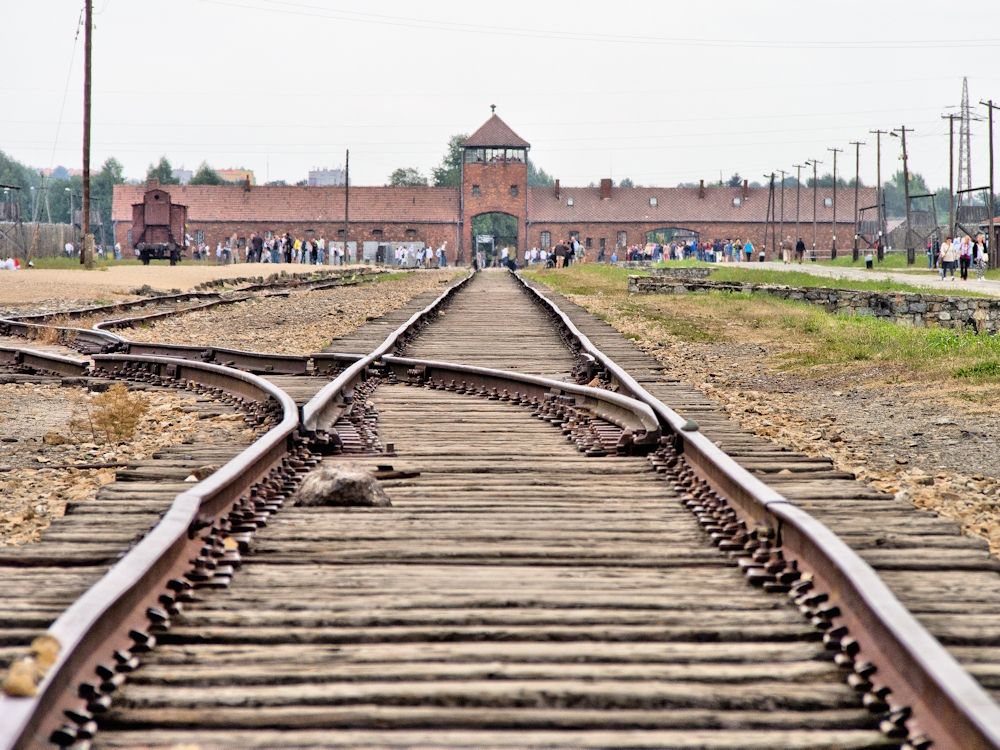 This is the train arrival platform at Auschwitz II- Birkenau 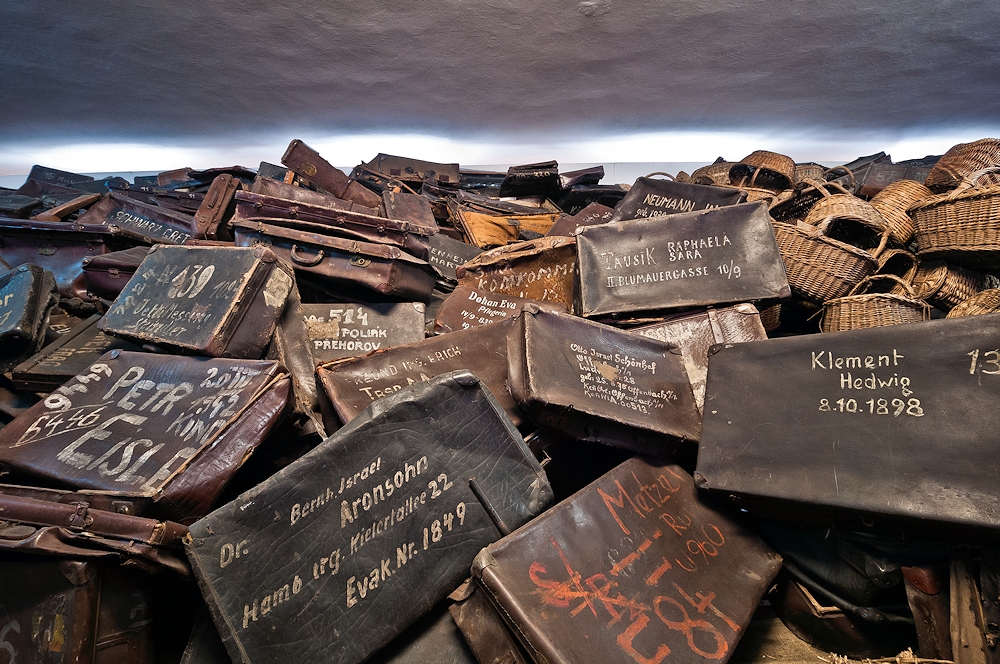 People were stripped of all personal belongings

Pile of crutches and artificial limps were left behind after the gas chambers were used. 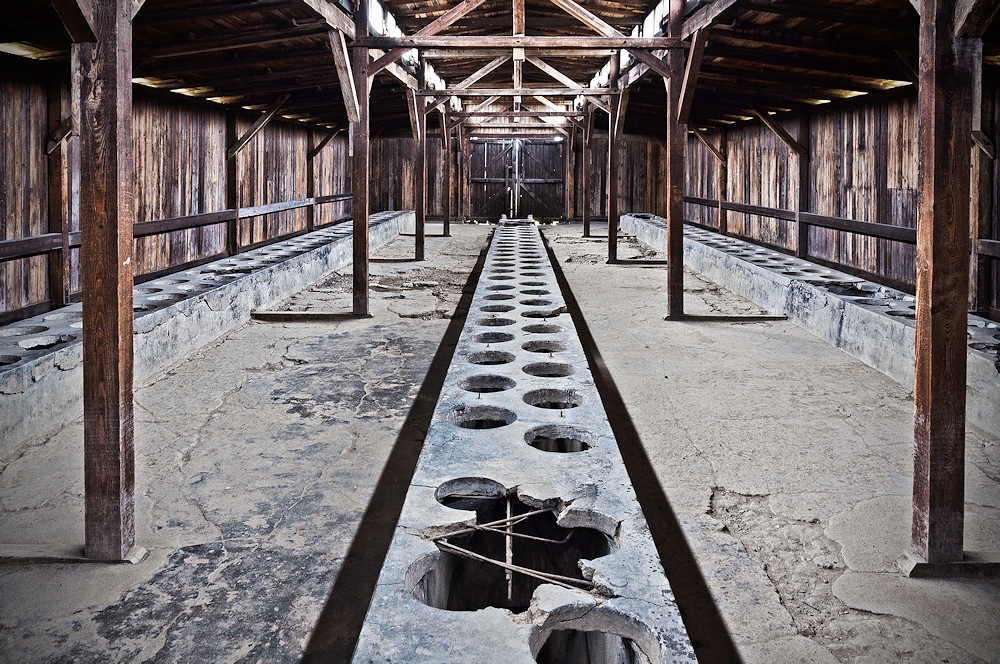 The only bathroom in Auschwitz II-Birkenau. Prisioners were allowed to use it once in the morning and once at night. At the end of the work day prisoners would run to the bathroom. Only the strong would make it on time, those who could not make it and used the bathroom outside were beaten and/or tortured. 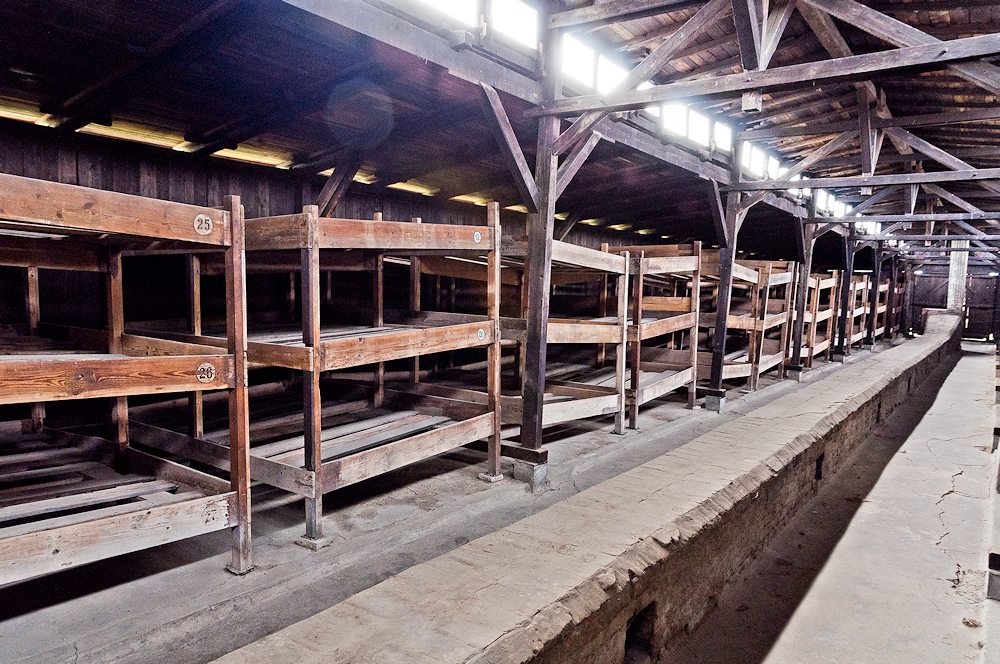 Sleeping quarters at Auschwitz II-Birkenau. Typically 5-6 people to a bunk. 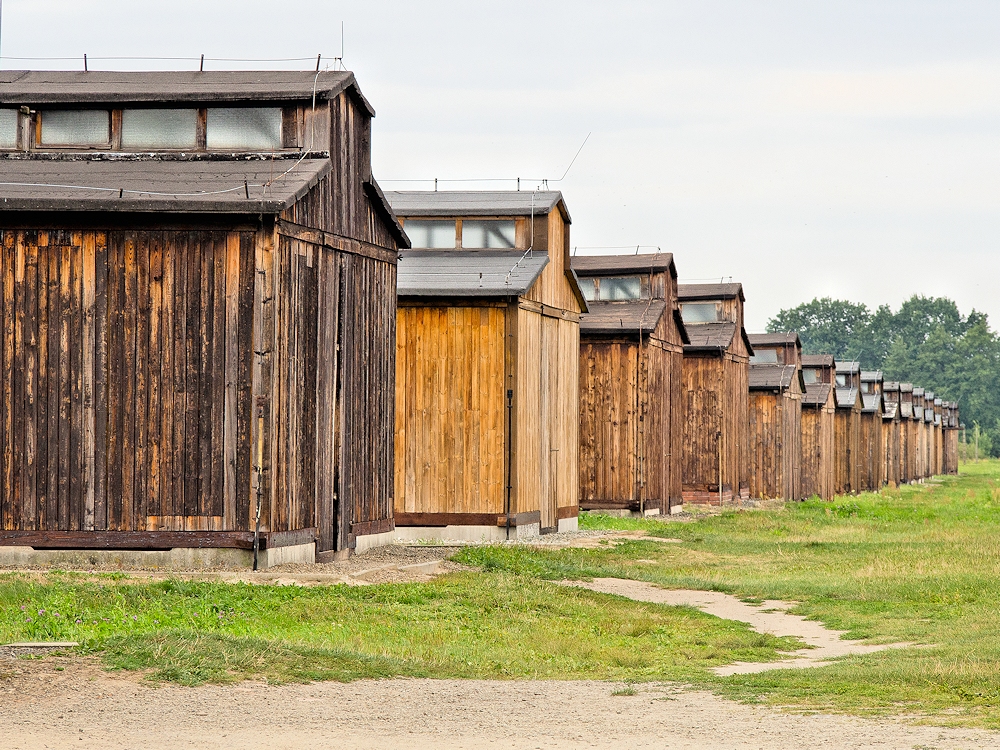 Rows and rows of buildings at Auschwitz II-Birtkenau. These were sleeping quarters. 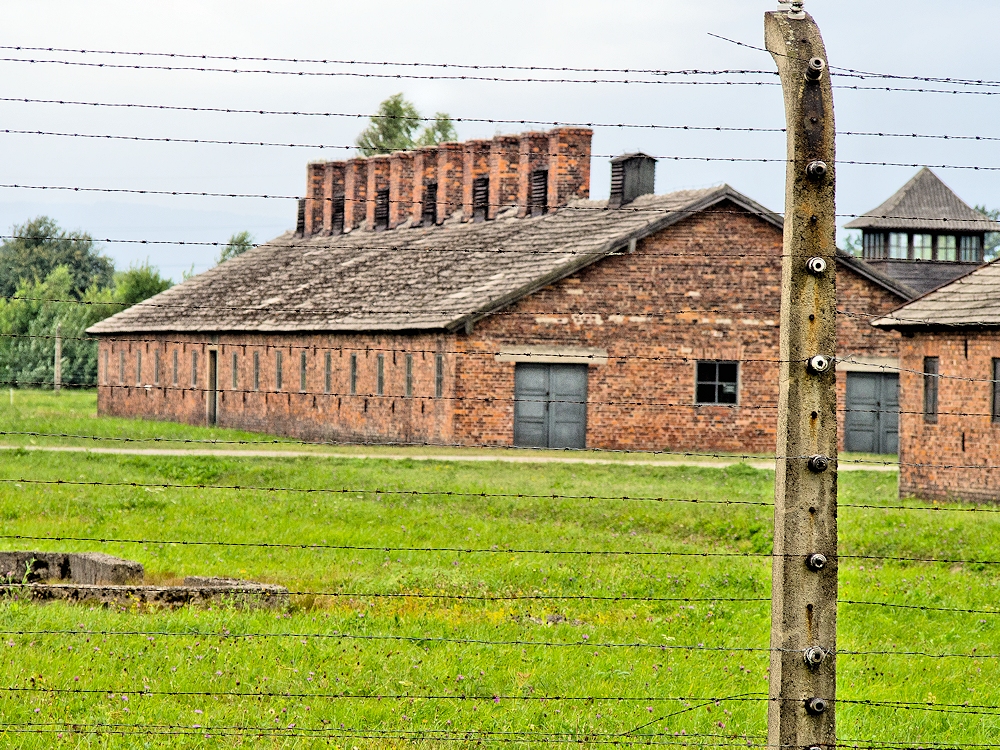 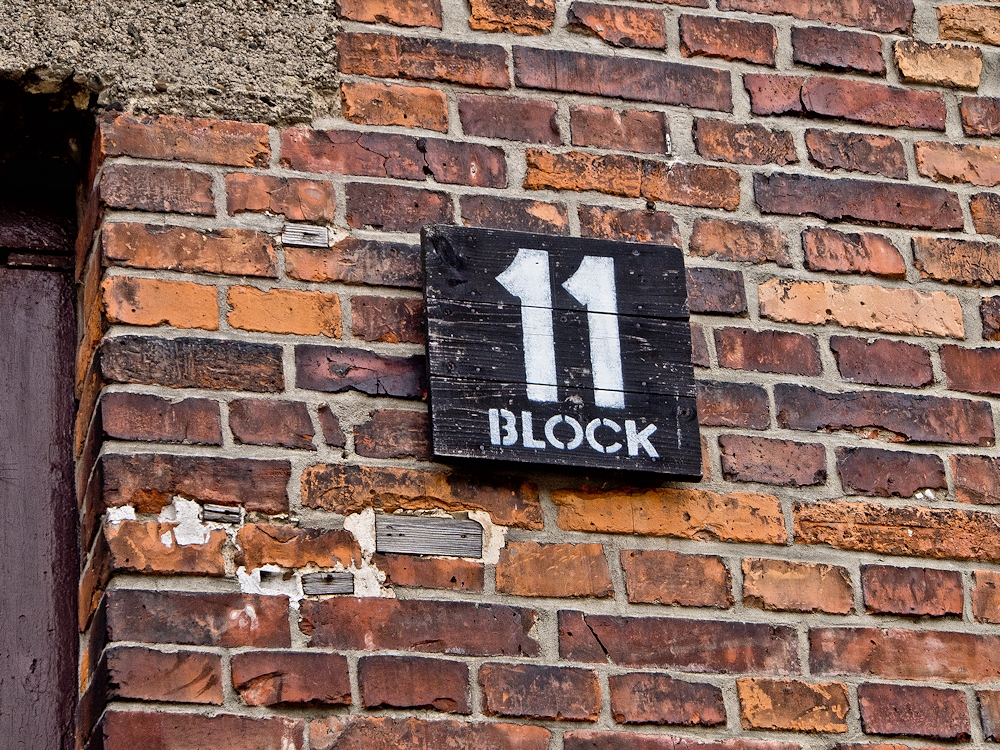 Block 11 at Auschwitz I was know as the death block. It’s basement housed torture chambers. 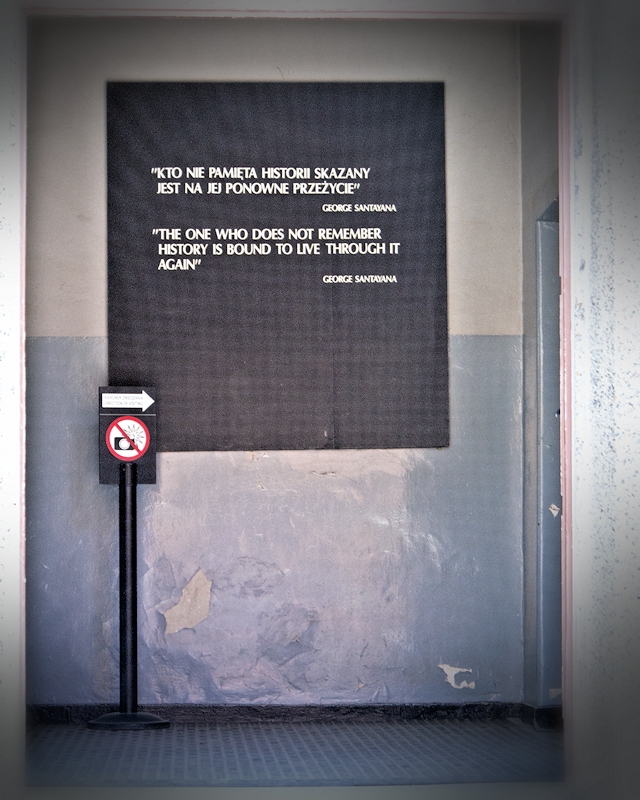 On our 3 hour tour of Auschwitz I and Auschwitz II- Birkenau we took photos which were allowed everywhere except for 2 places. However, we were met with judgmental stares by several members of our tour group who apparently did not approve of our photo taking. Out of guilt I took less photos. Curtis on the other hand, felt no guilt and took lots. We were not taking photos to show off some cool place we went. We took photos to document our visit. To remember our visit. This was Curtis’ second trip to Auschwitz and he was shocked by the amount of tourists that were there. He said that the first time he visited there were only a handful of people there. It allowed him to grasp the despair of what happened within the walls of the camps. However, now being surround by thousands of other chatty tourists, being squeezed into rooms and shuffled down hallways in a rush to keep up with our tour guide, it was hard to really grasp the horror of it all. It’s great that so many people are now interested in visiting the site, but we really wish that the amount of people touring around was more regulated. 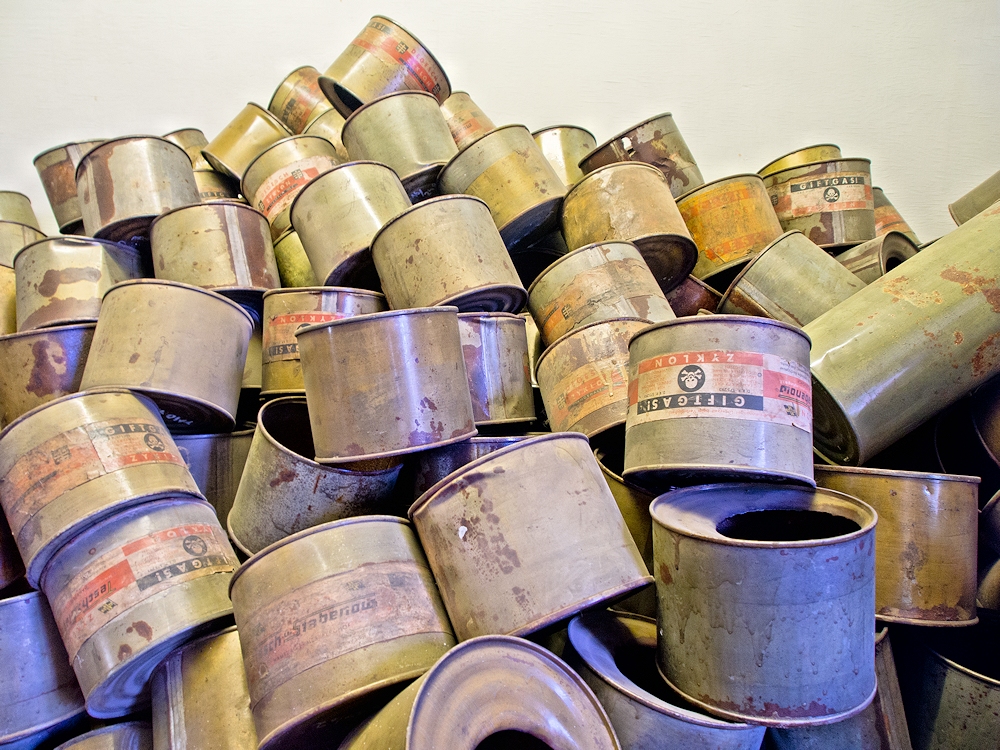 Cans of Zyklon-B that were dropped from the ceiling into the gas chambers. 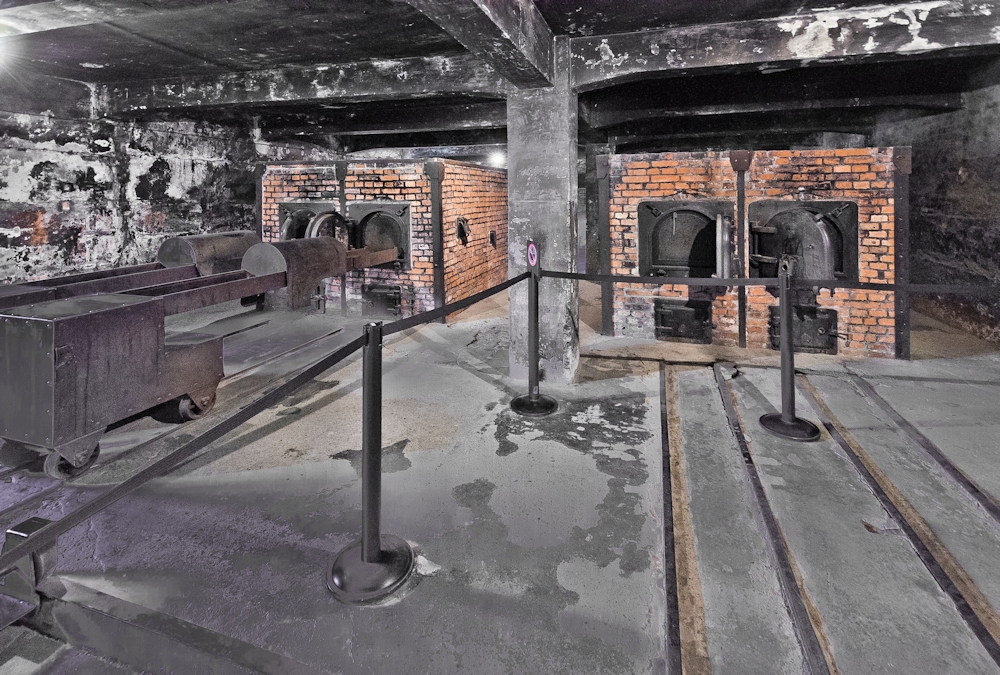 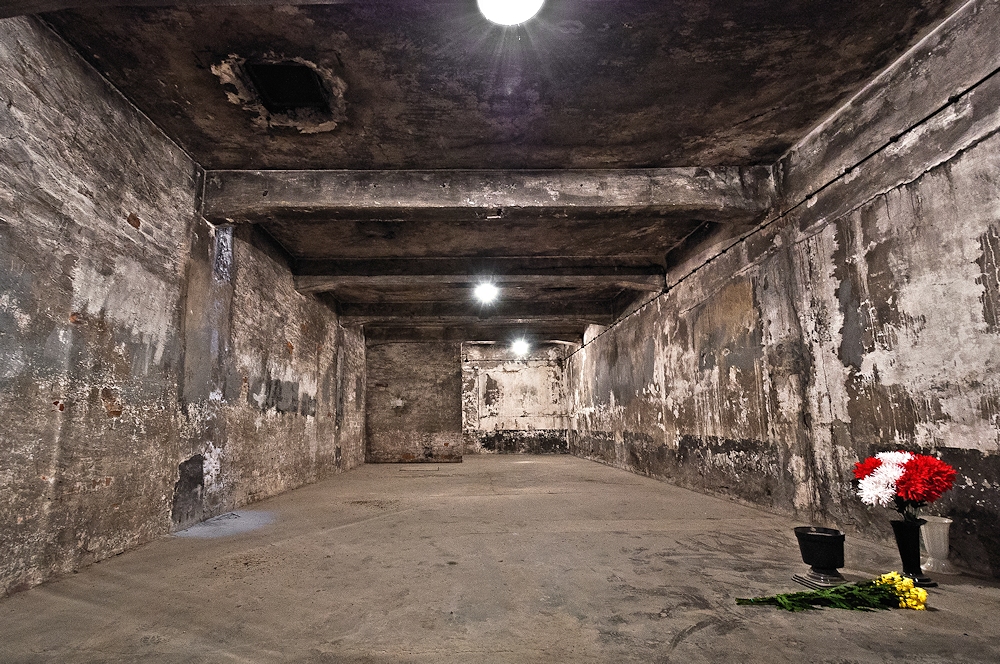 The only remaining gas chamber at Auschwitz. It was the smallest one.
~Always remembered~

Below are links to videos that give a brief description of the horrors people faced at Auschwitz.