Honestly, it sounds just like chicken pizza. Why don’t they serve chicken pizza there? That would be funny, right? In all seriousness, this place is amazing. I’ve been to many tourist traps (and this is one) but I could have spent days there! I loved everything about it. 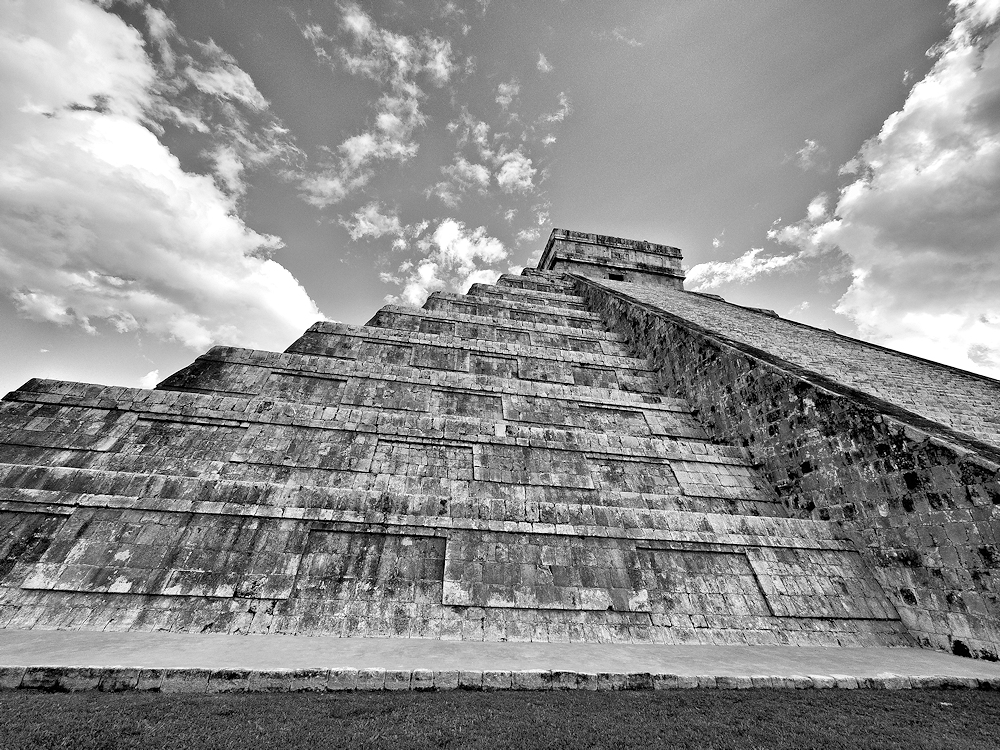 Beautiful El Castillo, also known as the Temple of Kukulkan

Like all tourist gimmicks, as soon as you arrive at your destination you’re immediately taken through a market so you can “buy stuff you don’t need, for people you don’t like”. I put that in quotations because that’s the sales pitch I kept hearing. Along with “almost free”, “for you, one dolla”. I do love the Mexican people, it doesn’t matter how many times people say no to them, they’re always friendly. 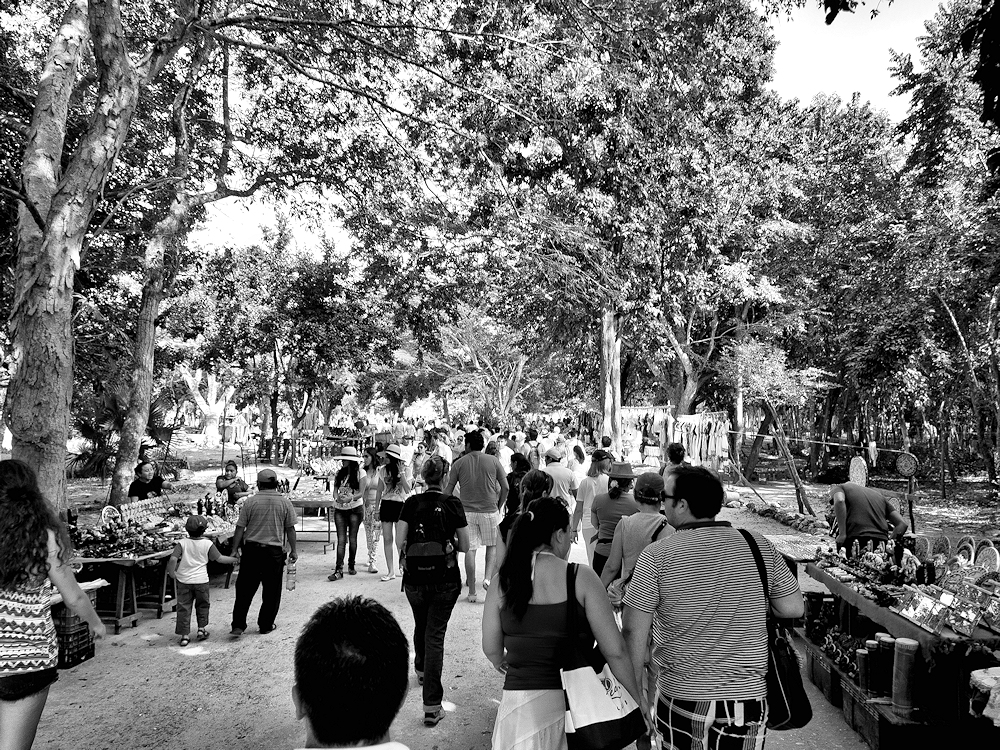 Tourist market inside the gates

We had taken a bus tour from Playa Del Carmen to Chichen-Itza, our guide was awesome. Very knowledgeable, friendly and liked to make jokes. Although, I’m pretty sure his jokes were funnier in Spanish since the Spanish people on our tour laughed more than us English folk did.

We were hurried through the crowds to make our way to the giant field where the structures were explained to us and the echo was shown to us. I am still baffled by the echo. It’s not like any other echo I’ve heard. You stand in front of the giant pyramid and clap towards the stairs. It makes a sound similar to the sound you would get if you strummed on a single guitar string that was really out of tune. That’s what it sounded like to me anyway. On the North side of the pyramid, if you clap in a certain spot near the stairs, the sound echos off another structure behind you. In the ball court, if you clap in the center of the court, it will echo back and forth 7 times. Why? Who thinks of creating something like that? Was it even planned? And then after the pyramids were abandoned (?) how was this echo discovered? Did someone stand in front of the pyramid and decide to start clapping for no reason? So many unanswered questions! 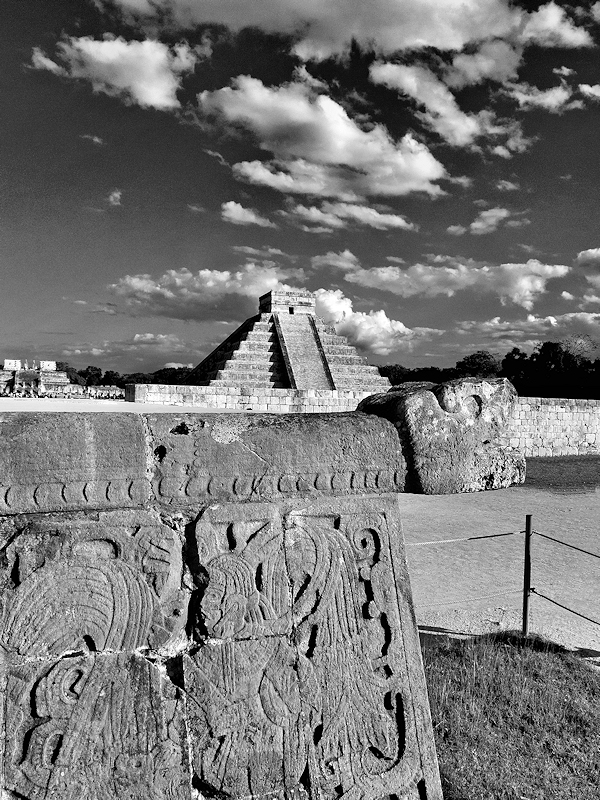 View from the ball court

Listen for the out of tune guitar string in the video above! 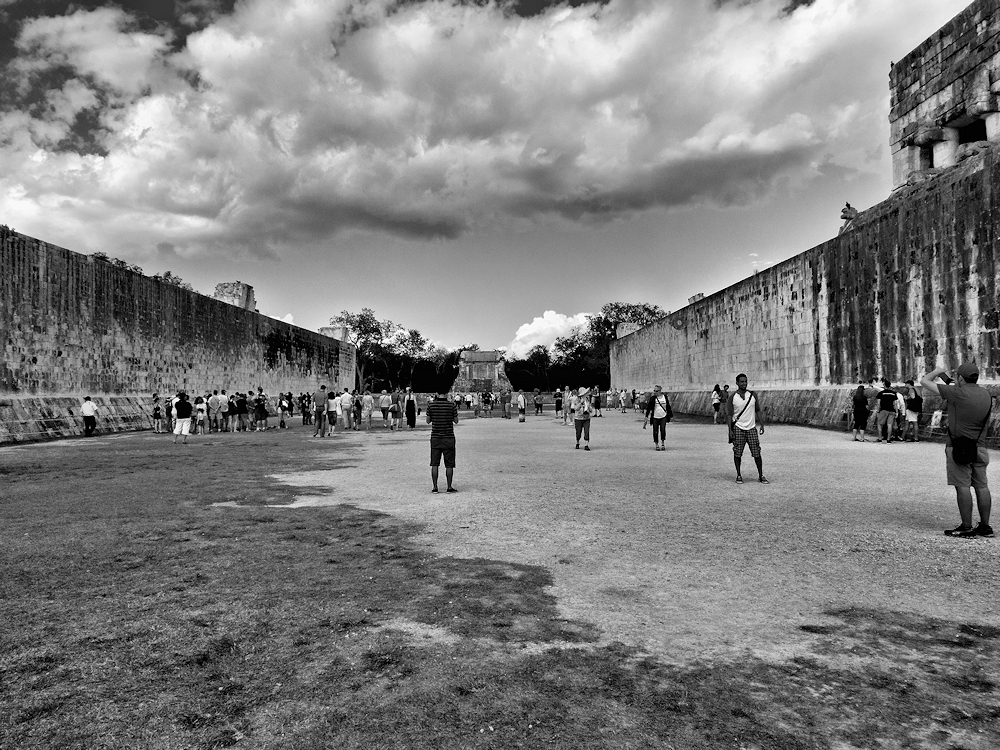 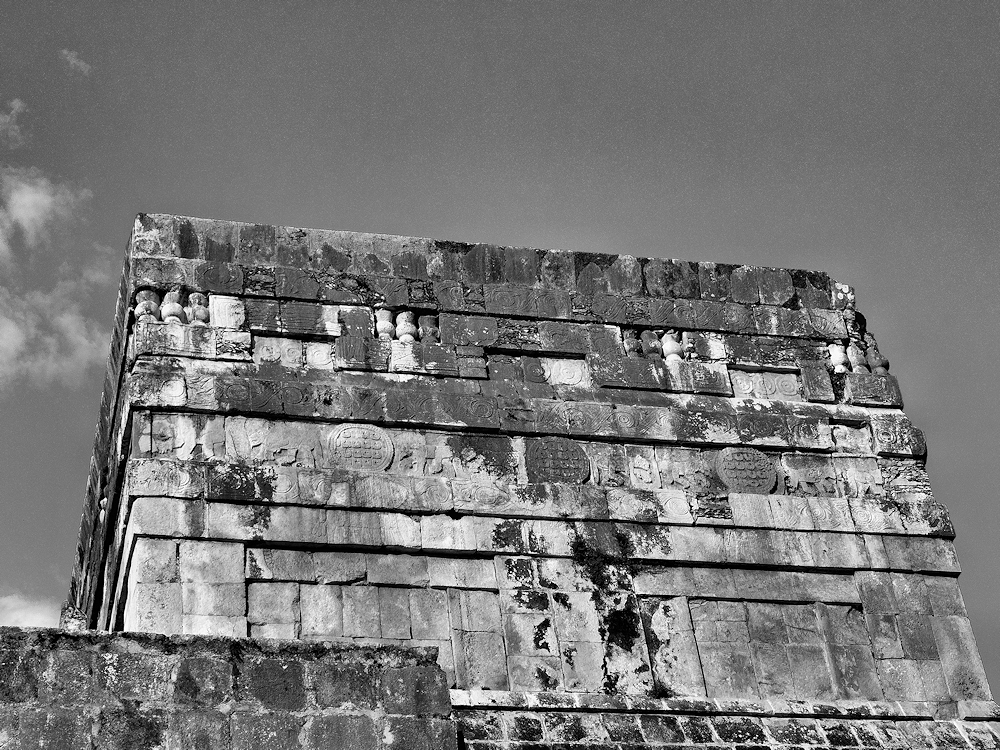 Top of the ball court

Listen for the 7 echos in the ball court in the video above!

Places like Chichen-Itza spark my curiosity. I look at the structures of today and I can’t imagine how structures like the Mayan pyramids were created. I can’t image how much physical labour it must have taken to build them. They were built with such precision. I can’t figure out how a person could be that precise without the tools of today. Obviously the Mayans were smarter than us. Or less lazy. I’m not sure which is more accurate. Did you know that when they grew their garden, 3 seeds went into every hole? 1 seed was for corn (it grew tall), 1 seed was for beans (they grew up the corn stalk) and 1 bean for squash (ground coverage). I’m not gardener, but that seems fairly inventive. 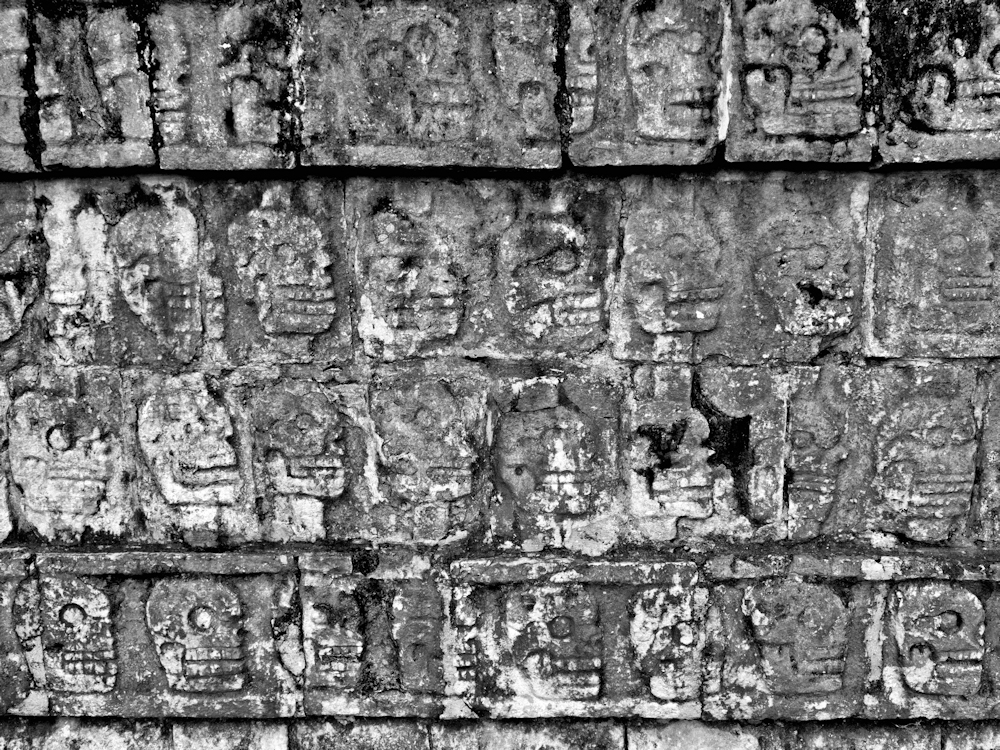 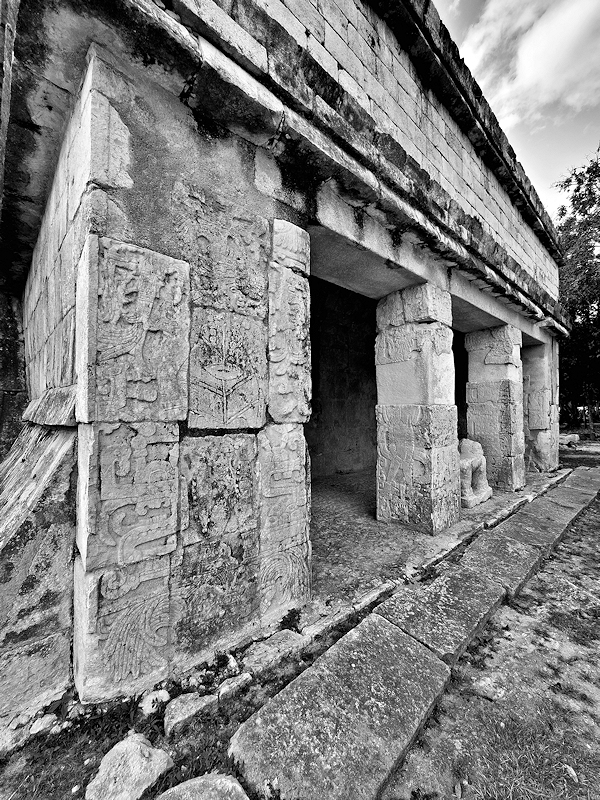 Structure outside of the ball court 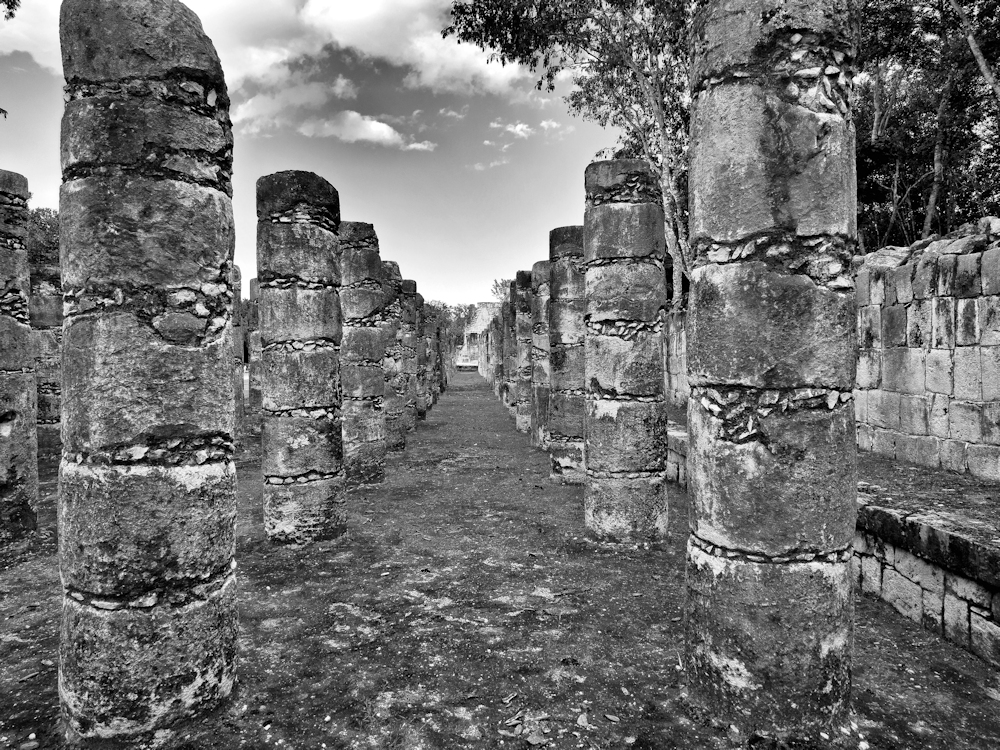 After our guided tour we were left with a little over an hour to wander and take photos. This is NOT long enough! I was able to snap a few photos and then rush back to the bus. 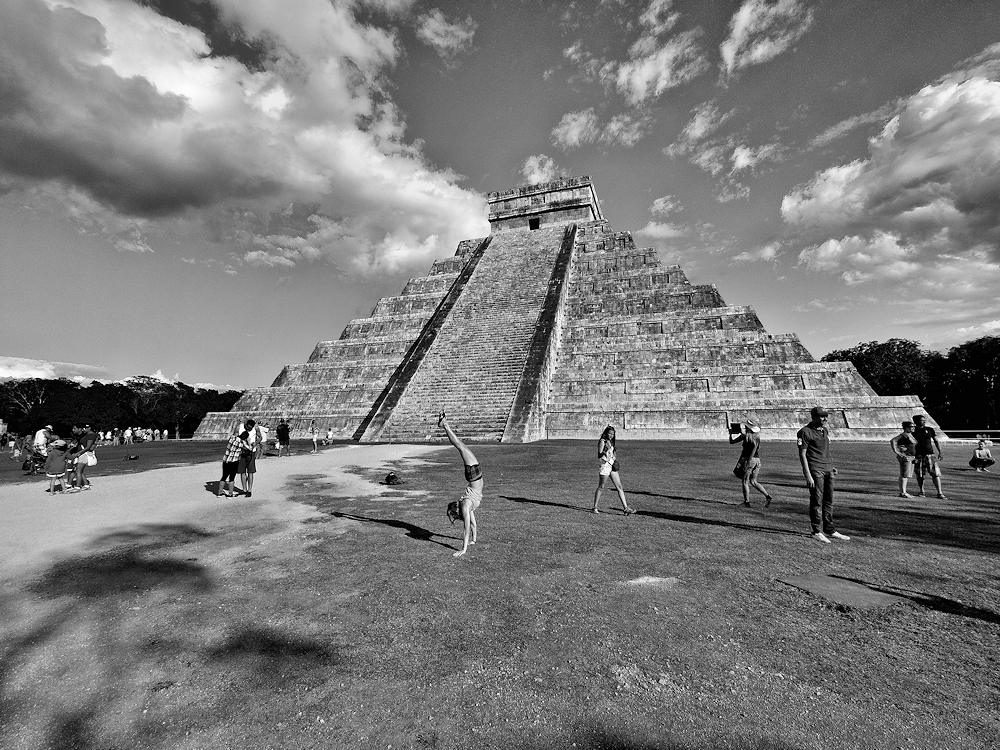 I’m looking forward to visiting more Mayan ruins once Curtis and I start our full time travels. I’m interested in knowing if all the Mayan ruins have stairs that echo!