I was excited to be on our way to the Amalfi coast, we had a small villa booked just outside of Sorrento and I was looking forward to leaving the chaotic big cities. As we rode closer to Naples the traffic started to become stressful but I knew that our turn off for the coast was just beyond Naples. 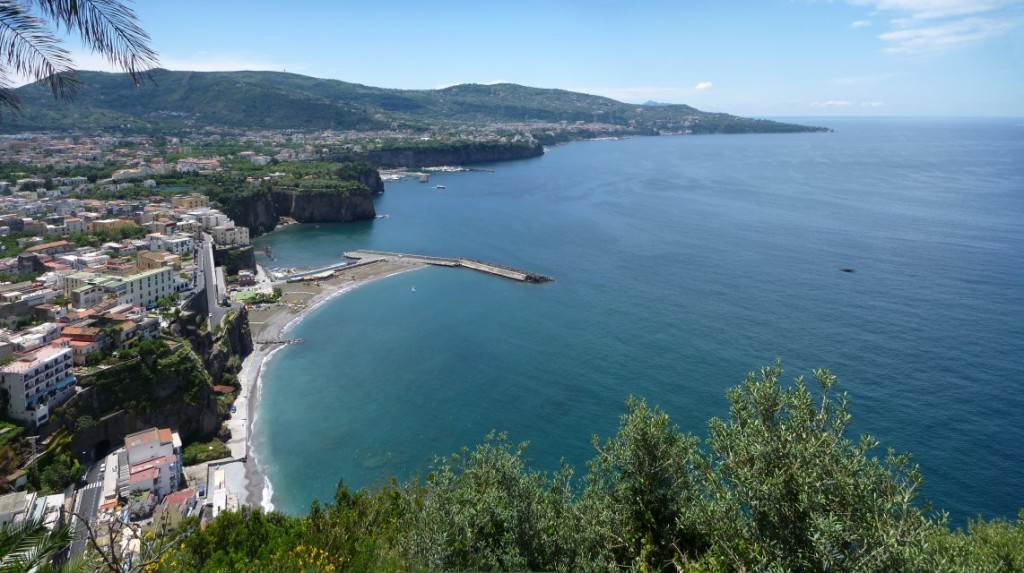 I started to relax as soon as we turned off the freeway (Autostrade) entering a little town, I could already feel the ocean breeze. This was a short lived daydream. The little town with cobblestone streets was more chaotic than Roma was! Single lane one way streets with cars parked on both sides and what seemed like hundreds of scooters weaving in and around all the cars. They zipped by us like we were standing still quickly showing us that stop signs at intersections are merely suggestions.

We slowly rode the coast until we reached Sorrento. The roads were winding and barely wide enough for 2 European sized cars to pass each other. But the views were amazing!

We followed the directions of the GPS to get us to our hill top villa. It was a case of the illusive villa, nowhere to be found! We had to ride the same road back and forth a number of times, asking for directions and eventually we found our hidden villa! It was down a parallel side street that started in the parking lot of a neighboring hotel. It was difficult to find due to a lack of signage and by lack of I really mean there were no signs. The total trip from Roma was suppose to take 3 hours according to the GPS, however, the GPS failed to account for traffic and the actually trip from Roma to our Villa was 5 hours.

After a quick rest we wandered the grounds around our villa. It was a quaint little villa with a little infinite pool that had a great view. Unfortunately we were busy drinking wine and forgot to take a picture of the view. 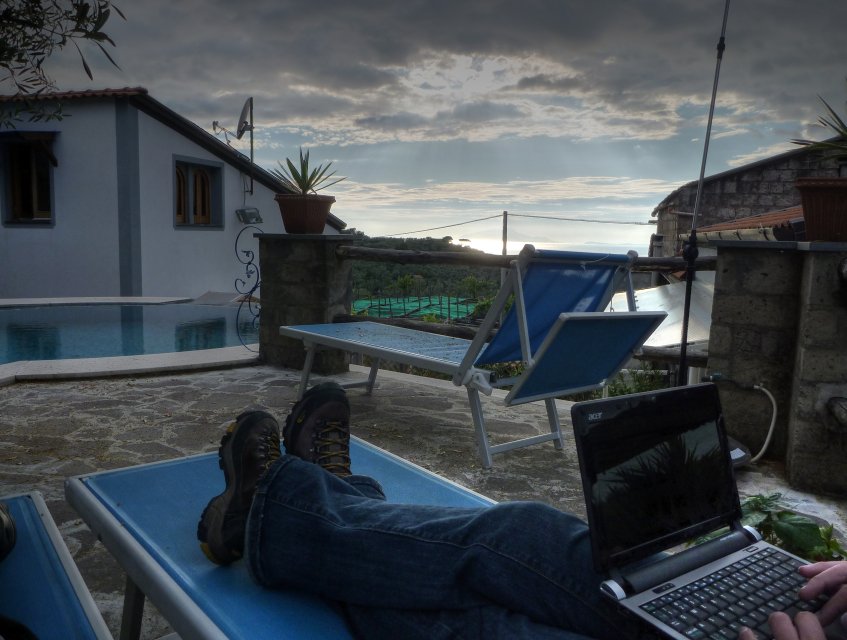 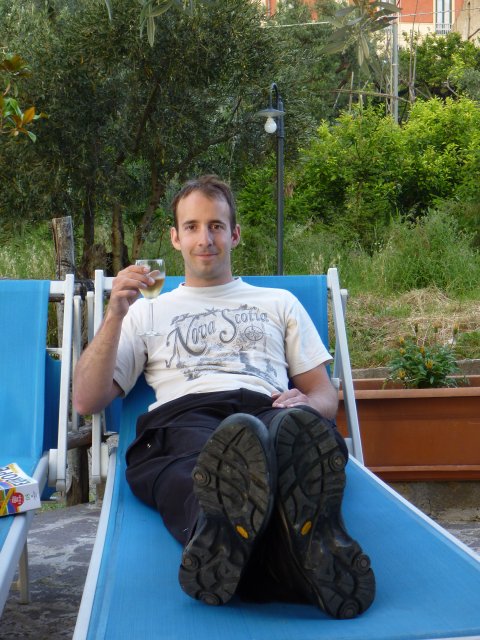 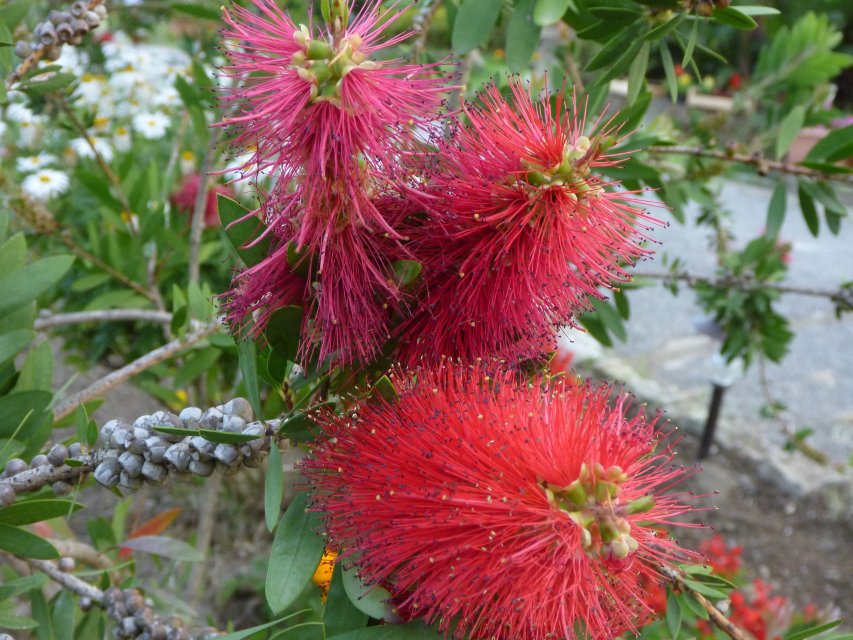 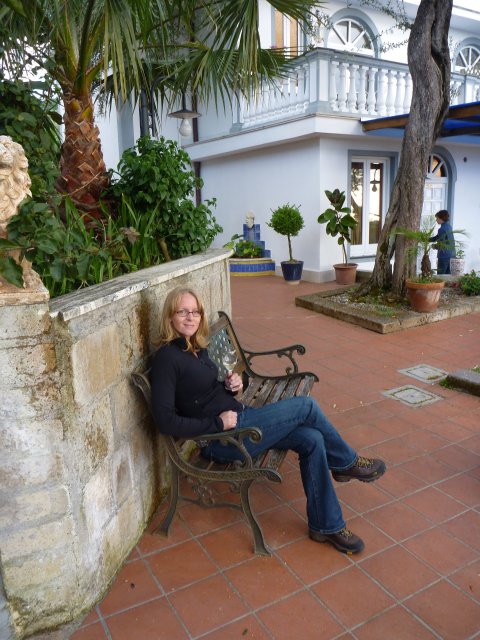 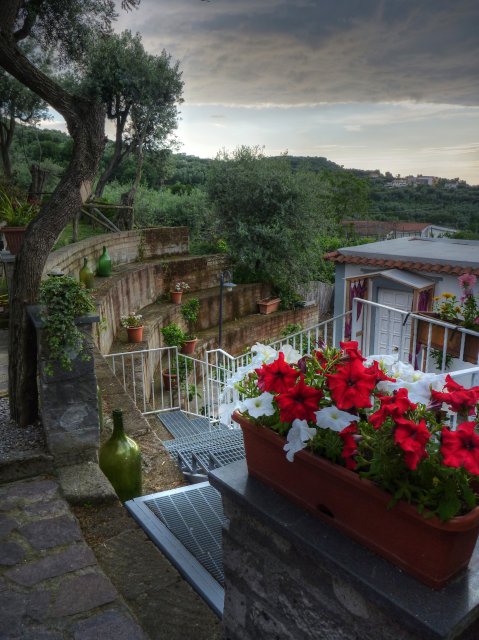 Earlier when we had tried to find the villa we rode by a packed restaurant further up the hill on the edge of a cliff. Since there were so many people there we decided it must be a good restaurant and we should go for dinner. We showed up at precisely 7pm, which is when it opens for dinner (everything food related in Italy closes at 2pm and reopens at 7pm). We were the first ones there which turned out to be a good thing since we got excellent seating with a view. We asked the waiter what to order since we didn’t understand the menu, he gave us some good recommendations. He also brought us a complimentary starter  that was really good, but I have no idea what it was! 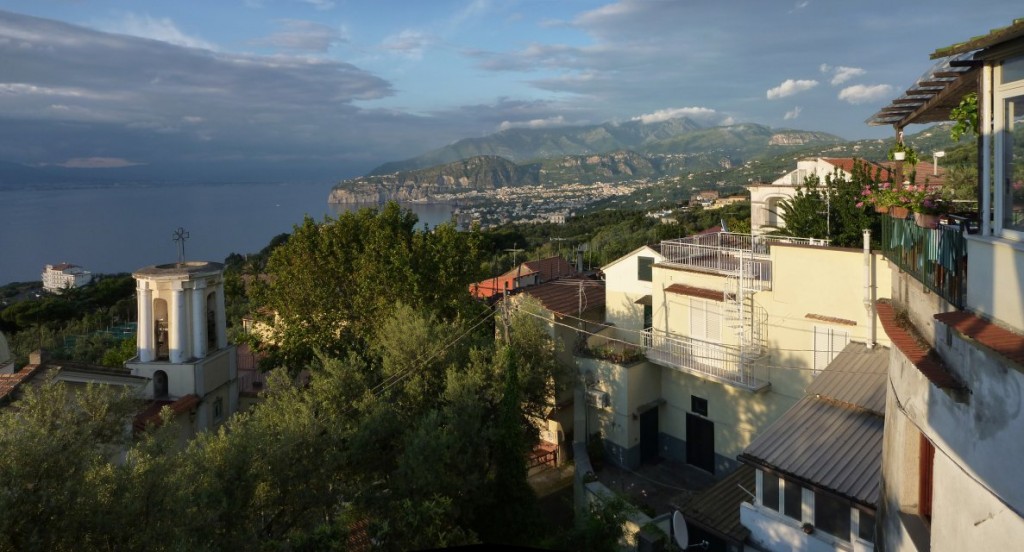 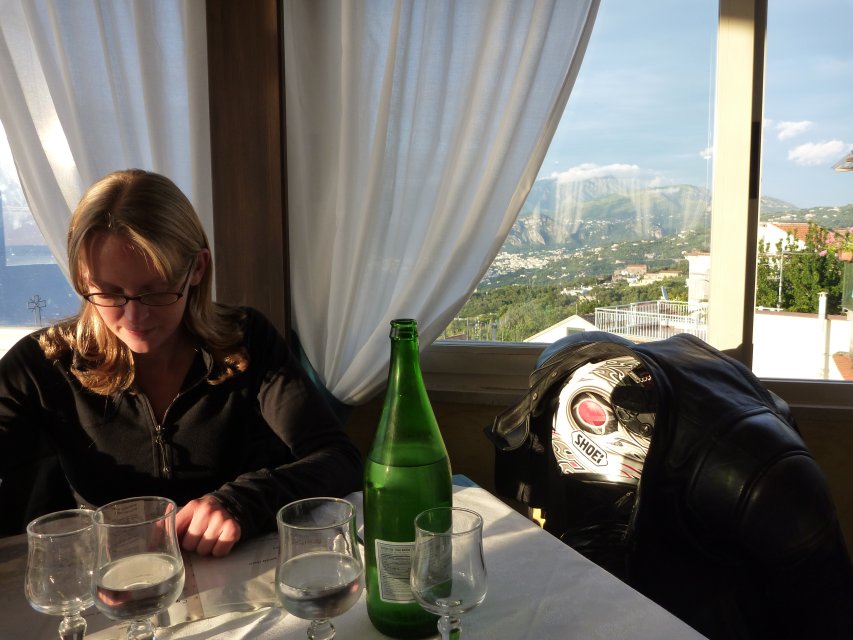 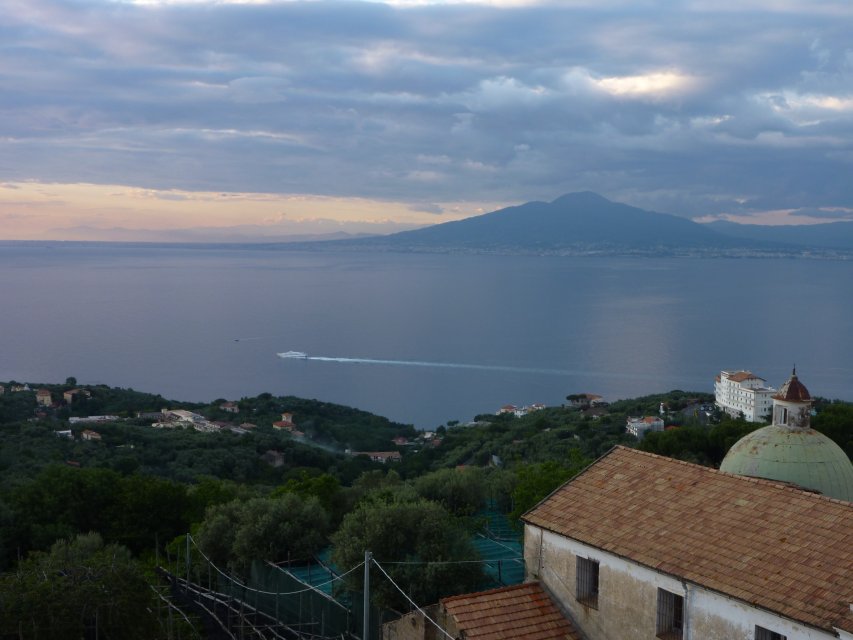 Just as we settled in for a romantic evening with a beautiful sunset, a bus load full of English speaking tourists showed up. It got much louder and was on the borderline of ruining the evening but hearing English was refreshing and reminded us how much we had missed the language. 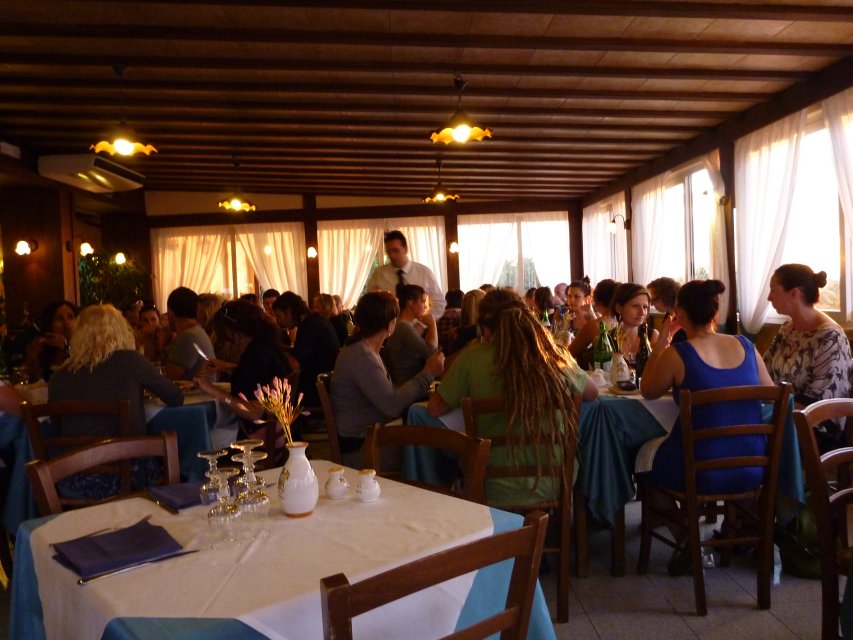 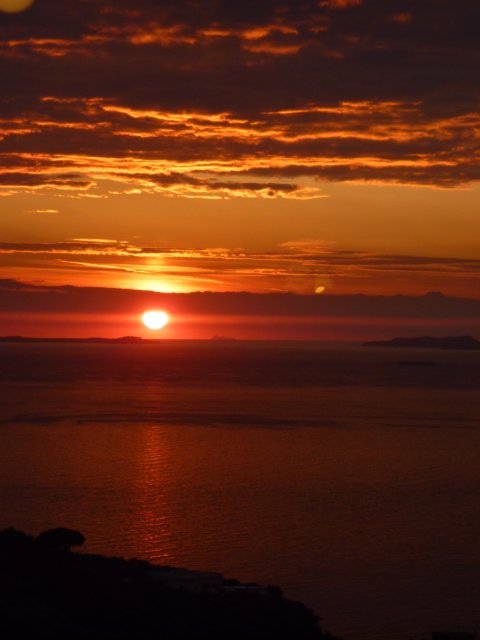 The next morning we got up early and planned to ride the rest of the Amalfi Coast. The remaining portion of the Amalfi Coast was about 60-80kms in length. It ended up taking us 3.5 hours to ride it!! Our max speed on the bikes was about 30km/hr. There were tourists, tour buses, scooters and cars which made travel slow. It was scary to be riding towards a corner and have a tour bus coming around the corner in the opposite direction and on your side of the road! Impressive that such big buses can travel on such narrow roads! 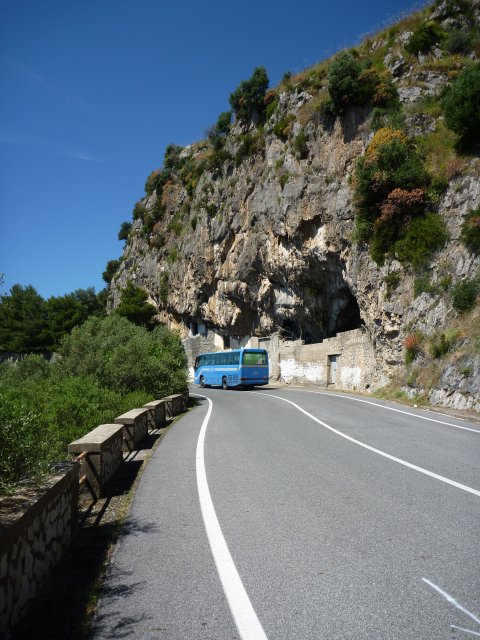 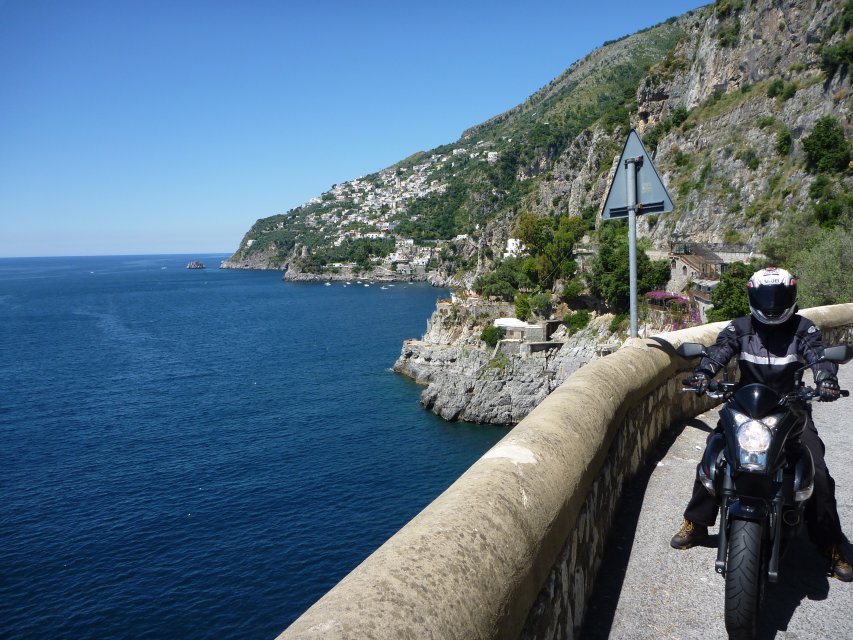 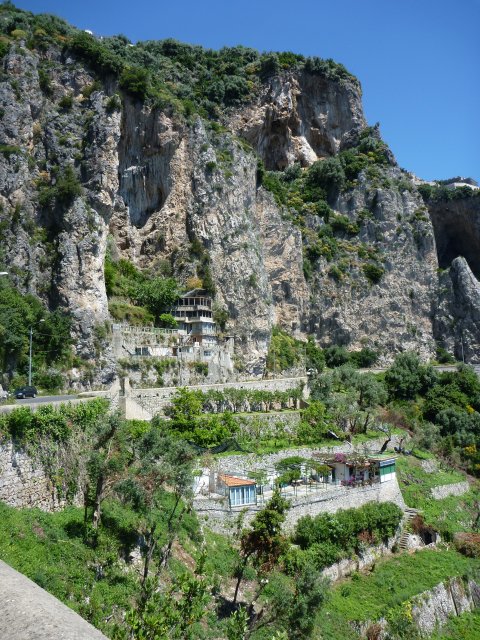 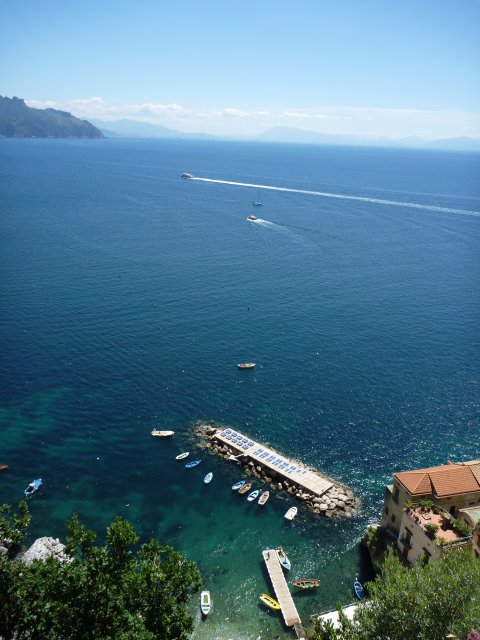 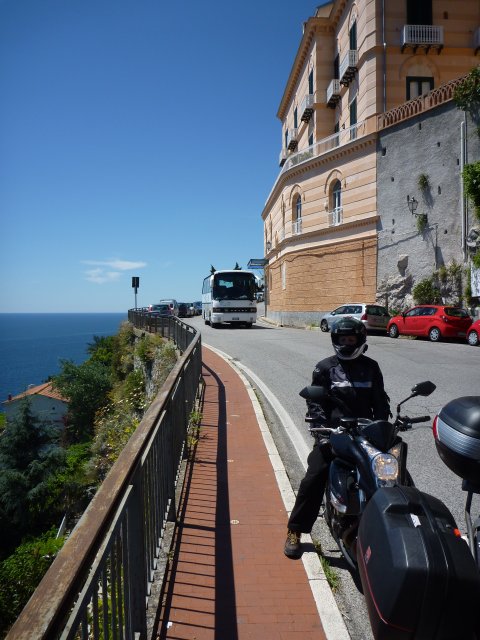 Although the ride was not as enjoyable as I had imagined prior to our trip, the views were spectacular. I would recommend you experience the Amalfi coast in all it’s splendor by staying a few days and traveling through the towns on foot.