Weliczka Salt Mine
Posted by Jill on September 20, 2013 in Europe, Poland, Travel
0 Comments

The smell of damp salty air hit our noses and we descended into the dusty mine, lit only by a thin beam of light from our headlamps we stumbled through cobwebs and into darkness….no, just joking. There was electricity, open spaces and lot of other tourists!

The route was the “Tourist Route” and as you would imagine, there were tourists on this route…lots of them. Tours in different languages shuffled along behind their guides barely giving the group in front of them time to hear the story about each part of the mine before being bombarded by the next tour group speaking a different language. 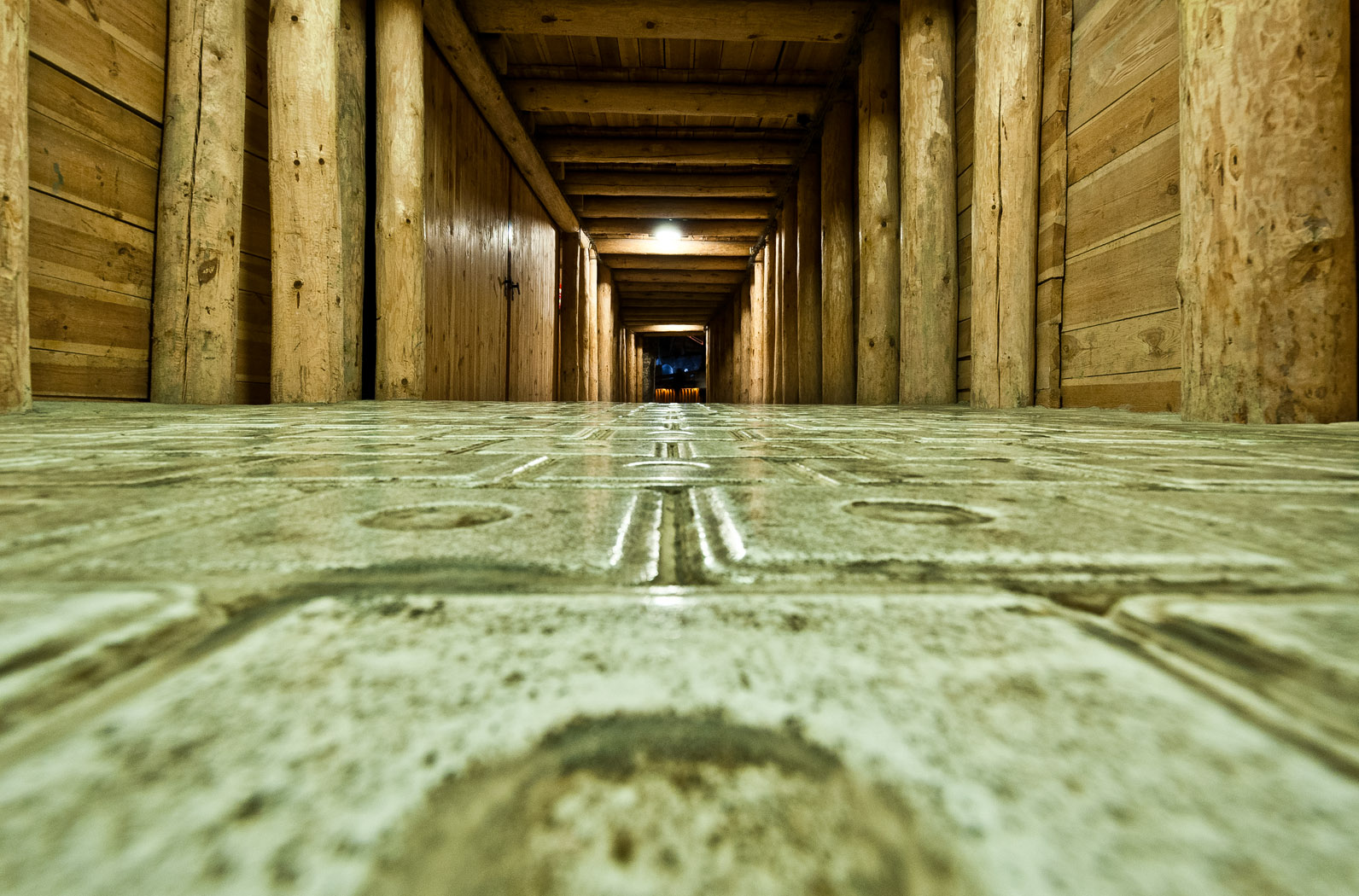 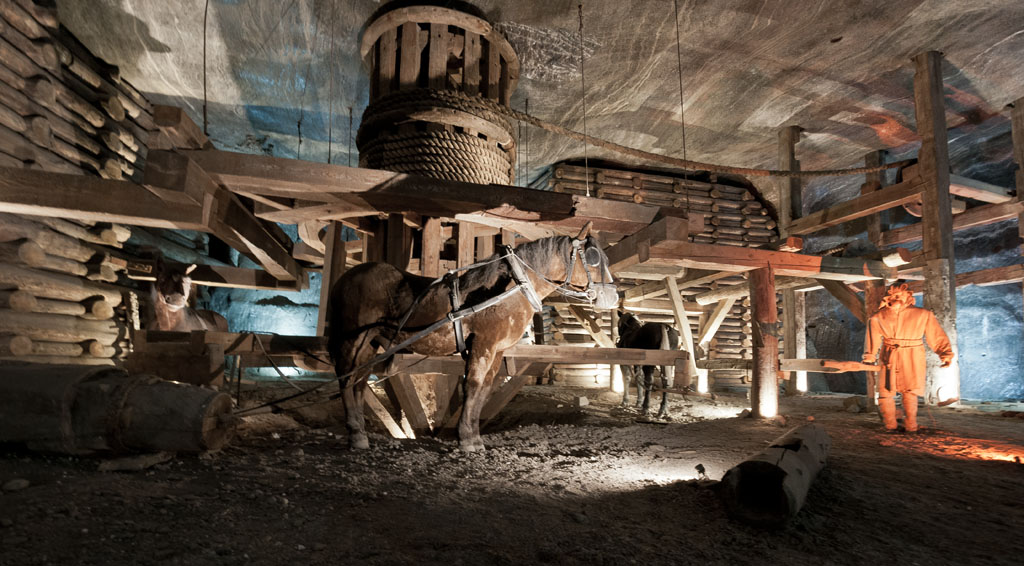 A display of how they used horses in the mine

Tourists aside, the mine is impressive to say the least. Tunnels full of wood support beams that never rot, green ponds and a giant chapel full of salt rock chandeliers. The chapel is located 101 meters underground and Mass is still celebrated in the chapel every Sunday! 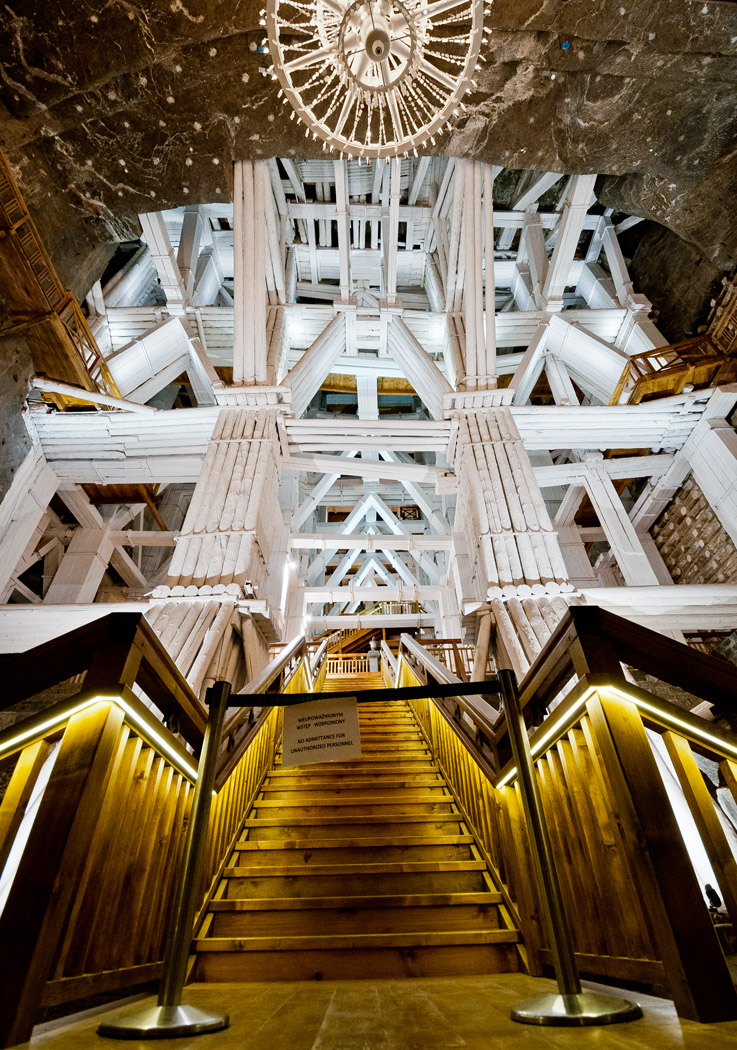 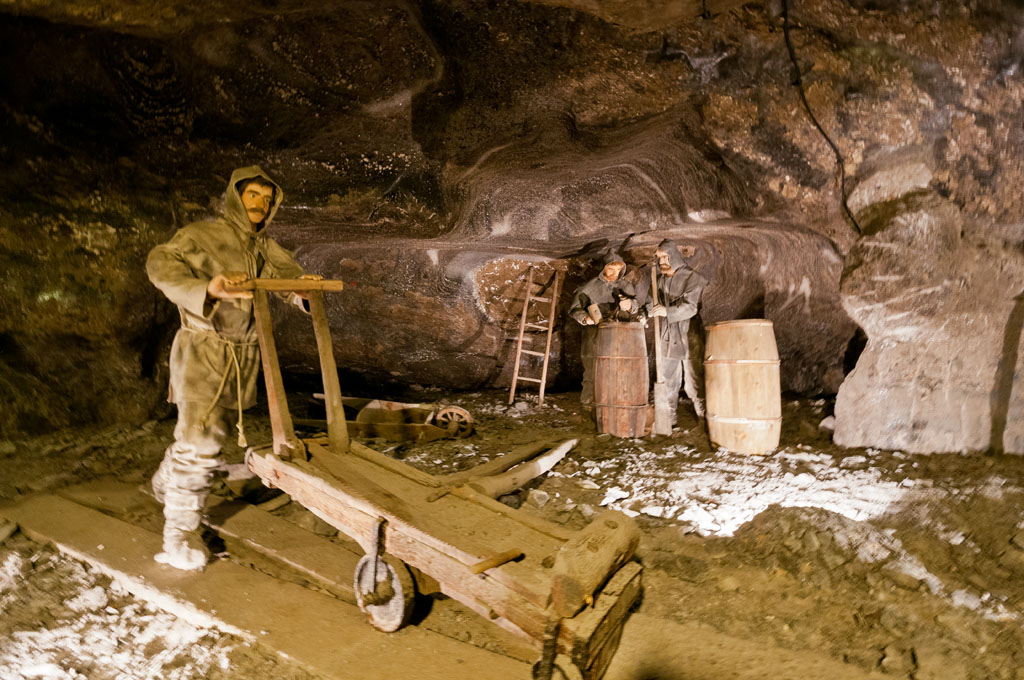 A display within the mine showing how workers worked 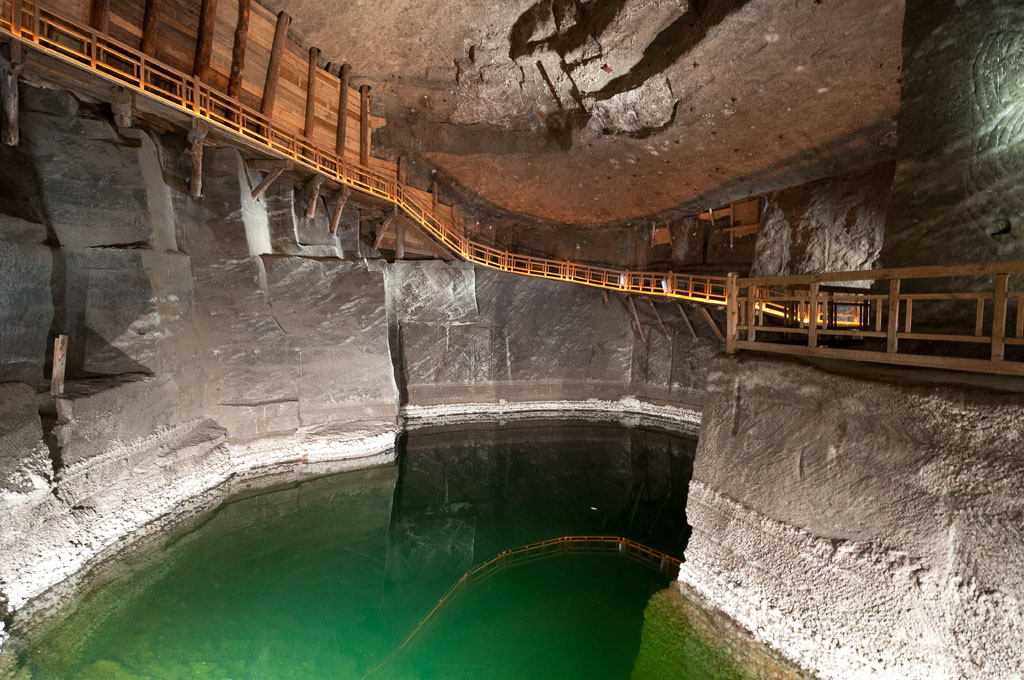 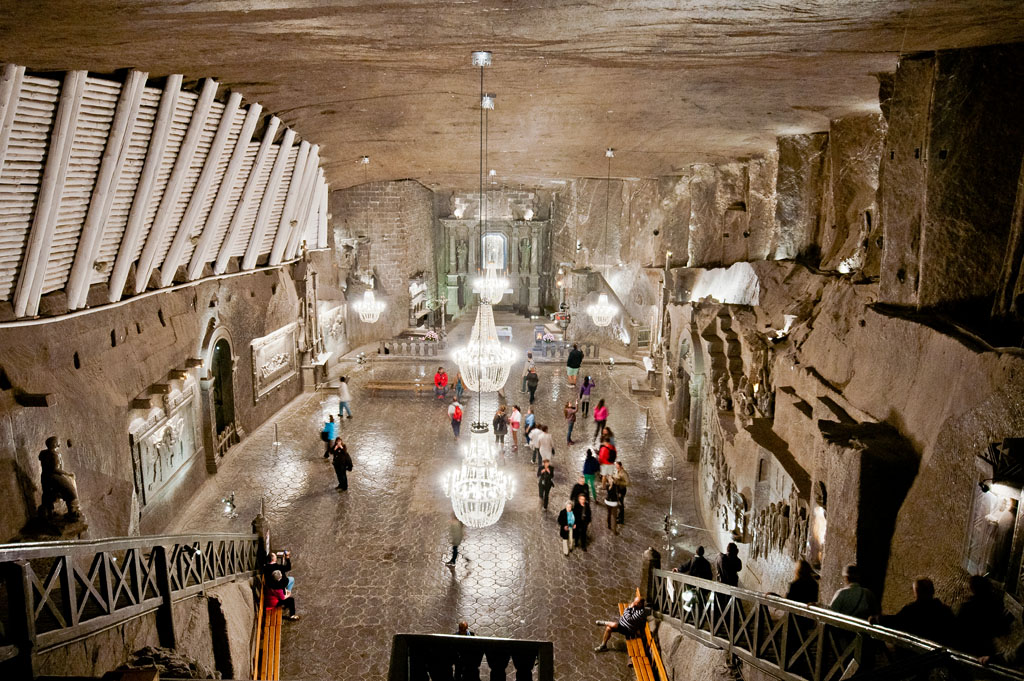 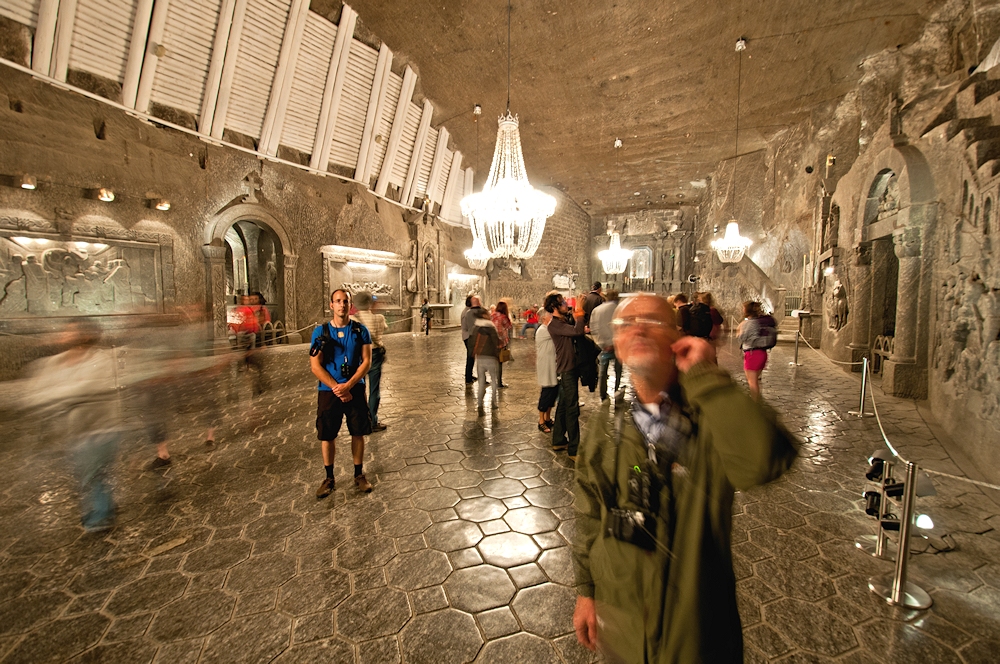 Curtis posing in the Chapel

The tour begins with 350 steps down a staircase to the tunnels. You’re then guided through the maze of tunnels as the guide explains a few things along the way. The tour concludes at 135 meters underground in a very large room with gift shops connecting to restaurants and bathrooms. Once you’ve finished browsing the products and sampling the food you’re then escorted back to the surface in a very tiny elevator. The elevator was the most claustrophobic part of the entire tour, they cram 8 people into an elevator that would comfortable hold 4. The elevator is a 2 story elevator with 8 people in each compartment. 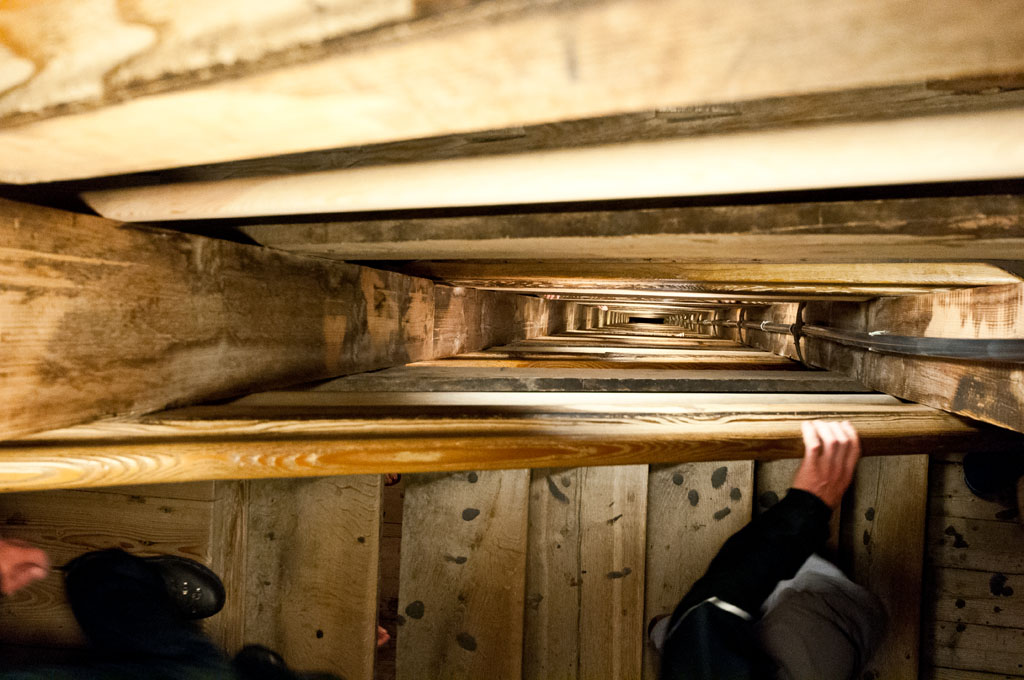 Staircase down to the tunnels 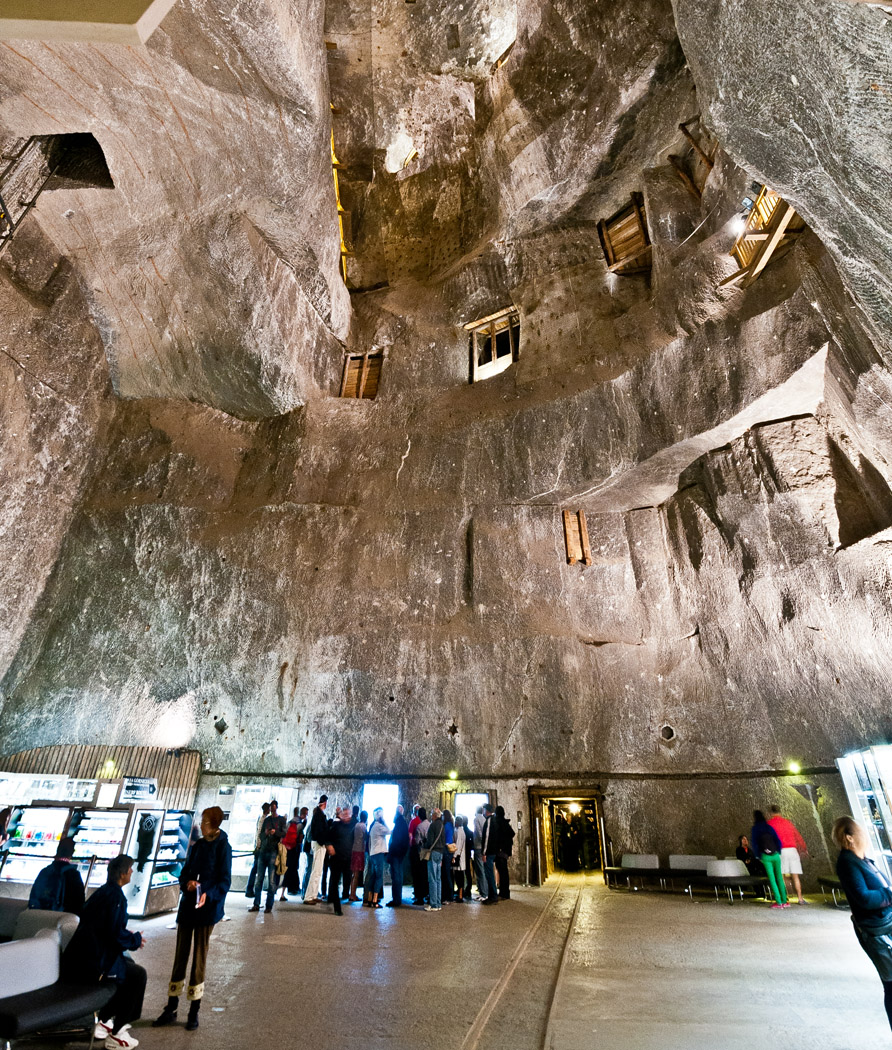 The room at the end. Apparently people bungee jump here! 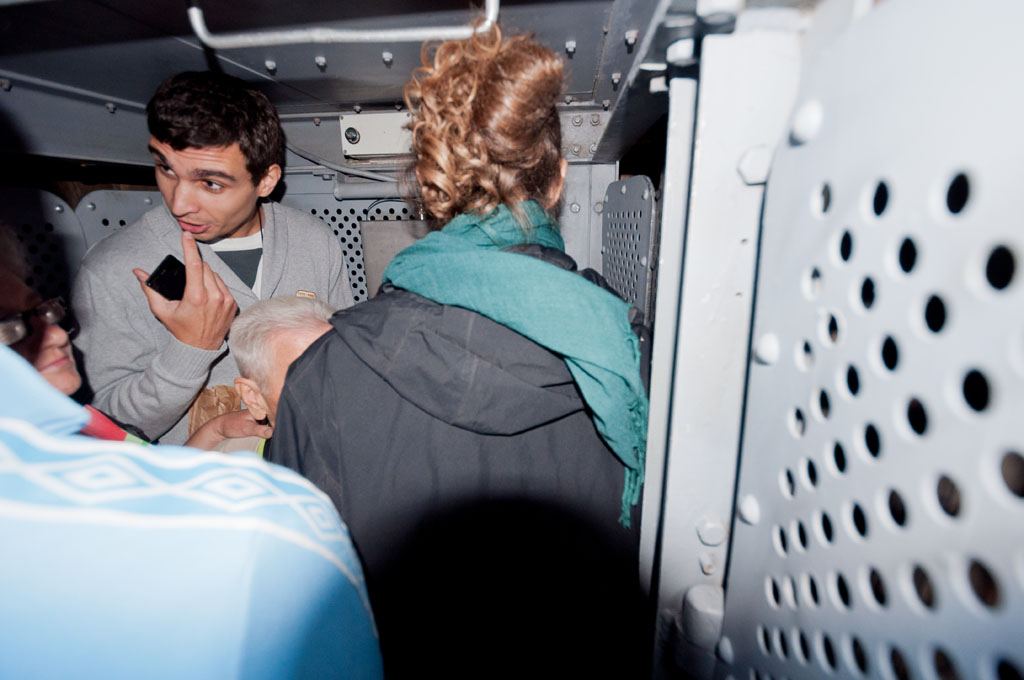 Tight quarters in the elevator

The air in the mine is considered very pure, free of pollution and allergens. Although we didn’t see it, there is a health resort in the mine where they conduct subterranotherapy which is an active rehabilitation of the respiratory system.

The Salt Mine also offer a “Miners Route” tour. This tour is with a smaller tour group and more hands on. Unfortunately we didn’t have time to do this route, but we think it would be enjoyable if you’re the adventurous type.